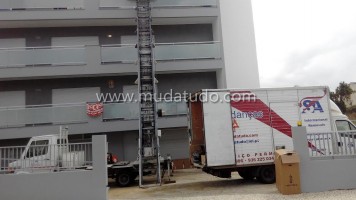 External truck elevator is an essential tool in Moving 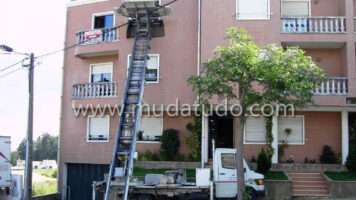 Ten Reasons to Live in Portugal

In the perspective of “Brazilians around the world” a space for women for women, we found an article, written by Lyria Reis, that we intend to share with our website visitors,

Many people think of Portugal as the country of codfish and wine, don’t they?
Yes, but Portugal is much more than that and there are many reasons that make us live here.
I’ll tell you a little bit.

1 – The size of the country:
Portugal is a small country with just over 92,000 square kilometers. In a short time we can travel around the country and see many things but, to really know, just living here. There is so much history in every corner and so many beautiful and different landscapes in each region that only those who live there can enjoy it. In addition to mainland Portugal, the archipelagos of Madeira and the Azores are very beautiful and worth visiting. You can see a little bit of the city of Horta, on Faial Island…

2 – The climate:
Portugal has a pleasant climate most of the year with rainy winter and dry summer. The south of the country (Algarve) is the warmest region with an average temperature of 13 degrees in winter. In the Lisbon region, in January, in the coldest month of winter, the average temperature is around 8 degrees. Considering northern Europe, Portugal has a fantastic climate and many other Europeans, like Germans and English, buy houses in the Algarve to live their retirement. And there is also Serra da Estrela where it snows a lot in the winter and is just over 200 km from Lisbon. Therefore, we have climate and temperature for all tastes.

3 – The beaches:
With such a climate, with hot summer, we just have to enjoy the beaches. The Portuguese coast in mainland Portugal is over 900 km long and has many beaches to enjoy. The Algarve has the warmest sea water, reaching 23 to 24 degrees in the summer.

4 – History and culture:
For those who like history there are always some Roman ruins, some castle and some palace to visit. And in most parts of the country, and not just in big cities like Lisbon and Porto, there is always an event going on. Sometimes there are so many things happening at the same time that it is even difficult to choose. Oh, and there are also summer parties. Although the country’s climate is not too bad, it is from May and summer that most of the city parties take place. In June we have the parties in Lisbon, Oeiras, Évora, in August the parties in Cascais, in September the São Mateus fair in Viseu, the oldest fair in the Iberian Peninsula and has more than 600 years of history, in addition to so many others in smaller cities.

5 – Music:
Fado is traditional Portuguese music and was considered a heritage of humanity. Amália (already deceased) is the most famous Portuguese fado singer. Carlos do Carmo won the Grammy this year in the “Lifetime Achievement” category for his work as a whole. Many other younger fado singers continue to sing this Portuguese style. Yes, but Portugal does not live only on fado. So many other Portuguese artists produce very good music here. Just listen!

6 – Public education:
It is free and of quality for all children and young people from pre-school to high school and compulsory from 5 to 18 years old. The Ministry of Education has developed several projects and programs to promote school success and the country has progressed markedly in the world “rankings”, being currently close to the countries in front. These results were obtained through major investments in teacher training, in school buildings, in the introduction of technologies in teaching and increased support for students who reveal learning difficulties. All schools offer students sport, well-equipped school libraries and science teaching laboratories. All children start learning English at the age of 8 and a second foreign language from the age of 12. And, in addition, a student does not need to study in private schools to enter public universities.

7 – The National Health Service:
The current SNS was created in 1979. Since then, much has improved in Portuguese health and health indicators reveal it. Just look at the infant mortality rate, which dropped from 24.3 in 1980 to 2.9 / 1000 live births in 2013. The NHS is regulated by moderating rates, but unemployed, children up to 12 years old, people with low income, pregnant and parturient women, among others. As with any health system, you may find defects, but in general, it works well!

8 – Public transport in the metropolitan areas of Lisbon and Porto:
These two cities concentrate the majority of the resident population in Portugal and their metropolitan areas are served by an extensive transport network that includes buses (buses), cable cars (trams), trains (trains) and even boats. It is possible to travel by train from Lisbon to Cascais (30 km) in 30 minutes enjoying the Atlantic Ocean. Very good, isn’t it?

9 – Security:
Portugal is a safe country and crime has decreased over the years. Unfortunately it still exists but, according to the Internal Security Reports, from 2012 to 2013 there was a red

And to conclude I will talk about the famous:
codfish and portuguese wine.

10 – Gastronomy: The food in Portugal is very good, varied and cheap and, if you like to eat codfish and drink wine, you have arrived in paradise. In Portugal it is said that there is a recipe for codfish for each day of the year (but I’m sure there is more). You can eat codfish à Brás, with cream, à lagareiro, Gomes Sá, codfish bean stew, etc.
According to recent statistics, each Portuguese consumes 6 kilos of codfish per year.

With regard to wines, Portugal is a major producer and many Portuguese wines have already won international awards. According to “Revista de Vinhos“, in 2012 the country produced 630 million liters and the region that produced the most was the Douro. There are excellent wines produced in the Douro, Dão, Alentejo, Bairrada, all producing regions. There are also excellent liqueur wines like Porto and Moscatel de Setúbal. There are wines for all tastes and pockets and there are even wines in tetrapak packages for less than 1 euro a liter. But, forget these.
There are good wines from 3 euros a bottle.
Believe!

Did you feel like it?
So come and experience a little of the land walking around here.

Living in Portugal – Good reasons to be happy

One thought on “Ten Reasons to Live in Portugal”